Notes: 'My mother, Jean Wardlaw Arbuckle, was born in Scotland and spent her early years there in various small towns and villages in the central belt from Gourock in the west to Preston Pans in the east. She was the third of twelve children. When she was about 11 years old, the family moved to the coal-mining valleys in Wales, as her father sought promotion in the coal industry.My mother was 15 years old when World War I broke out. The memories she passed down to me were of the extreme difficulty in obtaining food, and its high cost, until rationing was brought in. She said that it was extremely unfair for poorer families, and that rationing made the situation much fairer. At the beginning of the War the family lived in Tondu, just north of Bridgend, but moved to Llanharan, eight miles from Bridgend some time during 1915. She attended Bridgend County School during those years, travelling by train from Llanharan station. The scarcity of staff seems to have caused some level of amalgamation of the boys and girls schools. It seems to have been quite a lax regime with a considerable amount of truancy. The pupils often disappeared during the day, walking to Merthyr Mawr, boys and girls together.One day she decided to leave school early, and hitched a lift with a farmer, riding in his horse-drawn trap back to Llanharan on the then narrow and twisting road. My grandfather had one of the few cars in the area at that time, and she heard it coming towards them along the road. She knew that if he saw her she would get the strap, so she jumped off the trap, over the hedge, and then walked the rest of the way home.The family were members of the Plymouth Brethren, but this does not seem to have stopped the children running a bit wild.' Janet Davies 13.11.2015.

Notes: Mary was one of the victims of the explosion of a shell brought home as a souvenir by her soldier husband John Bagnall. He accidentally dropped it on 9th March 1916 at their home in Moss, Wrexham. The explosion fatally injured her baby daughter Sarah, and her nieces Violet Williams and Mary Roberts, and killed her niece Ethel Roberts. Mary lost most of both feet, and her husband and sister Sarah Roberts both lost legs. The girls were buried in two graves at Holy Trinity Churchyard, Gwersyllt, where a memorial was erected in March 2016. 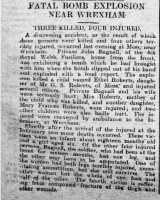 Report of the explosion giving the names of the victims.

Notes: Sarah, aged 1, died when a souvenir shell brought home by her father exploded, killing or fatally injuring her and her three cousins. Her mother Mary Bagnall was seriously injured as well as her father and aunt Sarah Roberts. The children were buried in two graves in Holy Trinity Churchyard, Gwersyllt, where a memorial to the four girls was dedicated in March 2016.

Report of the explosion giving the names of the victims. Abergavenny Chronicle 17 March 1916

Notes: Gertrude Bailey moved to Newport following her marriage to the wealthy Newport ship-repairer C H Bailey in 1895. Following his death in 1907 she continued to run his successful business. From the outbreak of War she became involved in many war-related activities, included help for Belgian Refugees and the Red Cross, and serving on the War Pensions committee. In 1917 Gertrude established a crèche for the children of women munitions workers. She received the CBE in 1918; curiously there is no citation with her name. Perhaps she was involved in too many things to list. In 1920 she handed over the business to her sons, and became one of Newport’s first two women magistrates. Gertrude was anti-suffrage before the War, and patron of temperance societies. Who’s Who in Newport (1920) described her as ‘La Grande Dame of the place’. 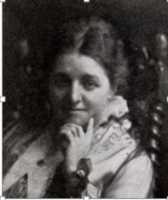 Gertrude Bailey published in Who’s Who in Newport, 1920. 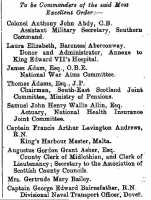 Gertrude Bailey’s award of C B E in Supplement to The London Gazette, 7 June, 1918.

Notes: Alice Bale was the first head of the Infants Department of Marlborough Road School when it opened in 1900. She retired in 1924. In 1918 she was elected as one of the three headteacher members of the Welsh University Court.

Notes: On 10 September 1917 Rachel suffered a cut forehead when emerging from underneath an engine where she had been working, and meeting a swinging coupling. She was 23 and earned 25s 3d a week. Average pay for working women at that date were around 10 shillings a week.

Sources: Women and the Barry Railway.Blog by Mike Esbester on March 22, 2021 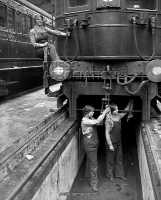 Notes: Isabelle Barbier was one of the daughters of Paul Barbier, professor of French at Cardiff University. She trained as a nurse at Bristol Royal Infirmary. Called up very early in the war, she was called upon to help Maud MacCarthy, the Principal Matron in France, who had crossed to France at the same time and who spoke no French. Isabelle became her personal assistant throughout the War, working in France and Flanders. She later became a nun, and died in 1982 aged 96.

Notes: Born 1869, the daughter of a Liverpool Brewer, Edith lived with two brother in Pen-y-Bryn Hall, Llangollen for a number of years from 1901. She nursed in Malta and France where she died aged 49. She is buried in Longueness (St Omer) Souvenir Cemetery, and her name appears on Llangollen War Memorial. 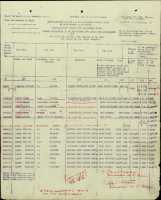 Document giving instruction for inscriptions on headstones in Souvenir Cem Longueness. Edith Barker’s age is given as 49.

Red Cross record for Edith Frances Barker. This gives her age as 37.

War memorial, Llangollen. Edith’s name is near the top of the second column from the left.

Notes: Ethel Jayne was born in 1874, daughter of the proprietor of the Brynmawr Coal and Iron Company Ltd. She trained in laundry work, and set up her own steam laundry company, Little Laundries Ltd, in Harrow in about 1906. At the outbreak of war she joined the Women’s Volunteer Reserve, and also worked organising canteens for the French Red Cross. In 1916 she was appointed chief welfare officer for the Armstrong Whitworth armaments company, becoming responsible for more than 20,000 women employed in the North of England and Glasgow. Her welfare innovations included steam laundries. In 1919 she gave evidence on welfare to the Parliamentary Committee on Women in Industry. She was among the first recipients of the OBE in August 1917. After her death her ashes were buried in the family grave in Llanelli. 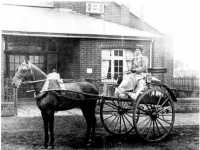 Ethel Basil Jayne driving to one of her early laundries in a pony and trap. This was her preferred mode of transport.

Notes: Gwyneth Bebb moved to Wales when her father, Llewellyn John Montford Bebb, was appointed Principal of St David’s College Lampeter in 1898. She attended Lampeter Girls School for a while (and was an enthusiastic hockey-player). She studied law at St Hugh’s College, the 6th woman to study law at Oxford, and was the first to gain first-class marks in her finals, though she was not allowed to graduate. In 1913 she and three other women started an unsuccessful legal action, known as Bebb vs. the Law Society, to enable women to enter the legal profession. There was considerable support in the Welsh press. By this date women could practise in all other professions except the law and the Church. The case failed, and it was not until the Sex Disqualification (Removal) Act of 1919 that women were admitted to the legal profession. During the War Gwyneth worked at the Ministry for Food. As Head of the Legal Department of the Ministry of Food in the Midlands she used her legal skills to help prosecute black-marketeers. While there she met and married T W Thompson, a solicitor. Her first child was born the day after the Sex Discrimination (Removal) Act became law. Soon afterwards she was accepted to read for the Bar at Lincoln’s Inn. She would have become Britain’s first women barrister if she had not died, aged 31, following the disastrous birth of her second child. 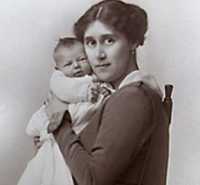 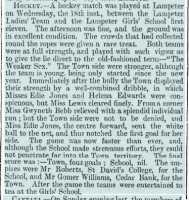