Notes: Rose Williams was a ‘lady inspector’ of munitions. She came first in an examination for inspectors in July 1917.

Notes: Violet, aged seven, died when a souvenir shell brought home by her uncle exploded, killing or fatally injuring her and her three cousins. Her uncle Private John Bagnall was seriously injured as well as her aunts Mary Bagnall and Sarah Roberts. The children were buried in two graves in Holy Trinity Churchyard, Gwersyllt, where a memorial to the four girls was dedicated in March 2016.

Report of the explosion giving the names of the victims.

Notes: Violet Williams, together with Muriel Richards [qv], was part of a ‘sting’ operation on 28th December 1918 to expose two bogus fortune tellers in Tanerdy, Abergwili. The first woman, Eleanor Rees, told Violet that a ‘dark man’ loved her, and had written her many letters that she had not received. When asked if she had written to a man, Violet replied ‘Yes – I have written to my brother several times’. She paid 6d for the session. The second woman, whom the two police constables visited later the same morning was Mary Evans. She told Violet that a ‘dark man ... in a good position under the Government’ wanted to marry her, and that they would have twelve children including two sets of twins! Mrs Evans charged her 1/- for the session. The two fortune tellers were found guilty and each fined 5/-

Part of the court report of the trial of two fortune tellers; Violet Williams was one of two police witnesses. Carmarthen Journal 10th January 1919. 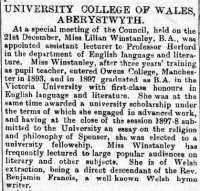 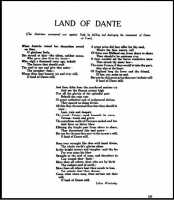 Mary Ann’s photograph was collected by the Women’s Subcommittee of the Imperial War museum as part of its collection of women who died during the War.