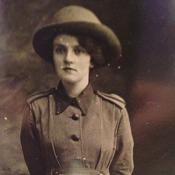 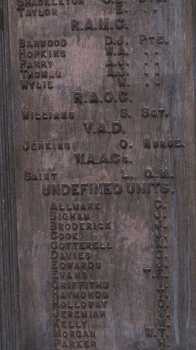 Notes: Edith was born on a farm in Devonshire in 1892. She moved to Cardiff when her father inherited a pub from his uncle. She worked as a ward maid at the 3rd General hospital in Tréport, France, where she died aged 26. Her name appears on Llandaff war memorial with that of her younger brother William John (Jack), who died at the battle of Loos in 1915. 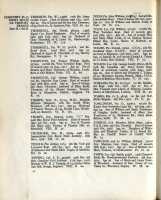 Notes: Jennie Williams came from a comfortably-off family, and joined the VAD in June 1915. She left for France in October 1916, and died of pneumonia following influenza in January 1919, aged 45. She is buried in Ste Marie Cemetery, Le Havre.

Letter to the Women’s Work Subcommittee, Imperials War Museum, regarding a photograph of Jennie Williams. 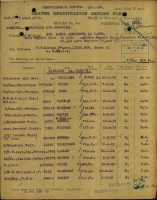 Name of Miss Jennie Williams in the Welsh Book of Remembrance

Notes: Amy’s father was a railwayman who moved the family around the English midlands before setting in Gwersyllt. She married James Chamberlain in 1909 and had a daughter Lilly in 1910. James was killed in action in December 1917, and Amy joined the VAD in July 1918. She was 31 when she died; her name appears in the Welsh Book of Remembrance.

Mrs Amy Curtis’s name in the Welsh Book of Remembrance.

Notes: Nothing is currently known of Rosina Lloyd, except the brief announcement of her death. Curiously this was not published until over a month after she died.

Notes: Mary Daniel had been teaching in the junior department of Kimbolton Grammar School for less than a term when she died of complications of Spanish Flu. She had been a pupil of the County Girls School in Carmarthen and trained for her Froebel education certificate in London.

Report of the life and death of Mary Daniel. Carmarthen Journal 13th December 1918.

Notes: Olive, born 1886, joined the Post Office in Newport as a learner in 1903. She later worked in Totnes and Pontypool. In November 1917 she joined the WAAC as a signaller-telegraphist, and was sent to Abbeville in northern France, later transferring to Calais. Whilst home on leave in May 1918 she became ill, and was medically discharged from the WAAC in August. Though she returned to civilian work, she died of the complications of Spanish Flu. Her name appears on the memorial plaque in St Julian’s Methodist Church, Newport, and she is buried in Christchurch cemetery.

Notes: Hannah, a trained nurse, seems to have been a victim of Spanish Flu. She was 23 when she died, and is buried at Bridgend Cemetery.

Hannah’s photograph was collected by the Women’s Subcommittee of the Imperial War Museum as part of its collection of women who died during the War.

Letter to the Secretary of the Women’s Committee from Hannah’s brother, Lieut David Mark, November 16th 1918